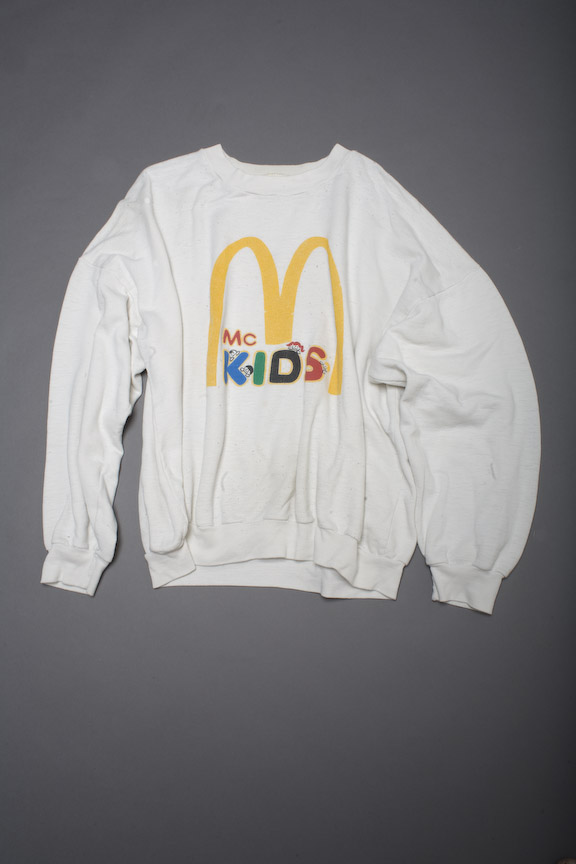 Philip, you were the world's biggest McDonald's fan and to prove it, you had a McKid's sweatshirt that you loved…The first sign of morning or evening chill and on went the white sweatshirt with the big golden arches…I was so used to hugging you while you wore it that in the weeks after you died, I wore it a lot because it felt like you...That sweatshirt was a part of you and I will miss it, but not nearly as much as I miss you.

Philip Andrew Bean's garment is incorporated into the White Shirt.
< previous next >