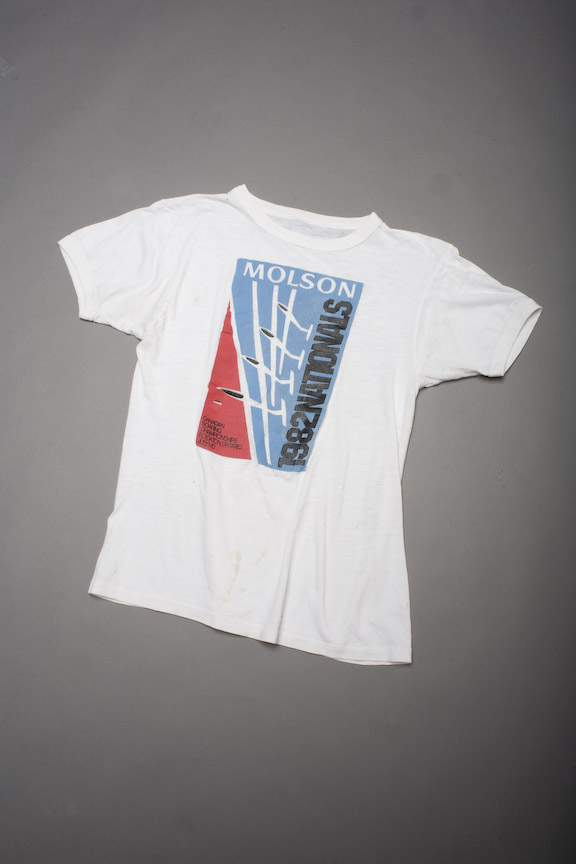 My brother, Peter, wasn't the sort of guy who cared what he wore. In his spare time, he would most often be dressed in a wrinkled old t-shirt from a gliding competition and a pair of jeans covered in glue and paint from making winglets for gliders. But his big smile, twinkling eyes and generous heart eclipsed his sometimes shabby appearance...He was not interested in talking about himself. He was interested in you. That's why he didn't care what he wore. He didn't look at clothes. He looked at you and saw the beauty in your soul.

Peter Masak's garment is incorporated into the White Shirt.
< previous next >