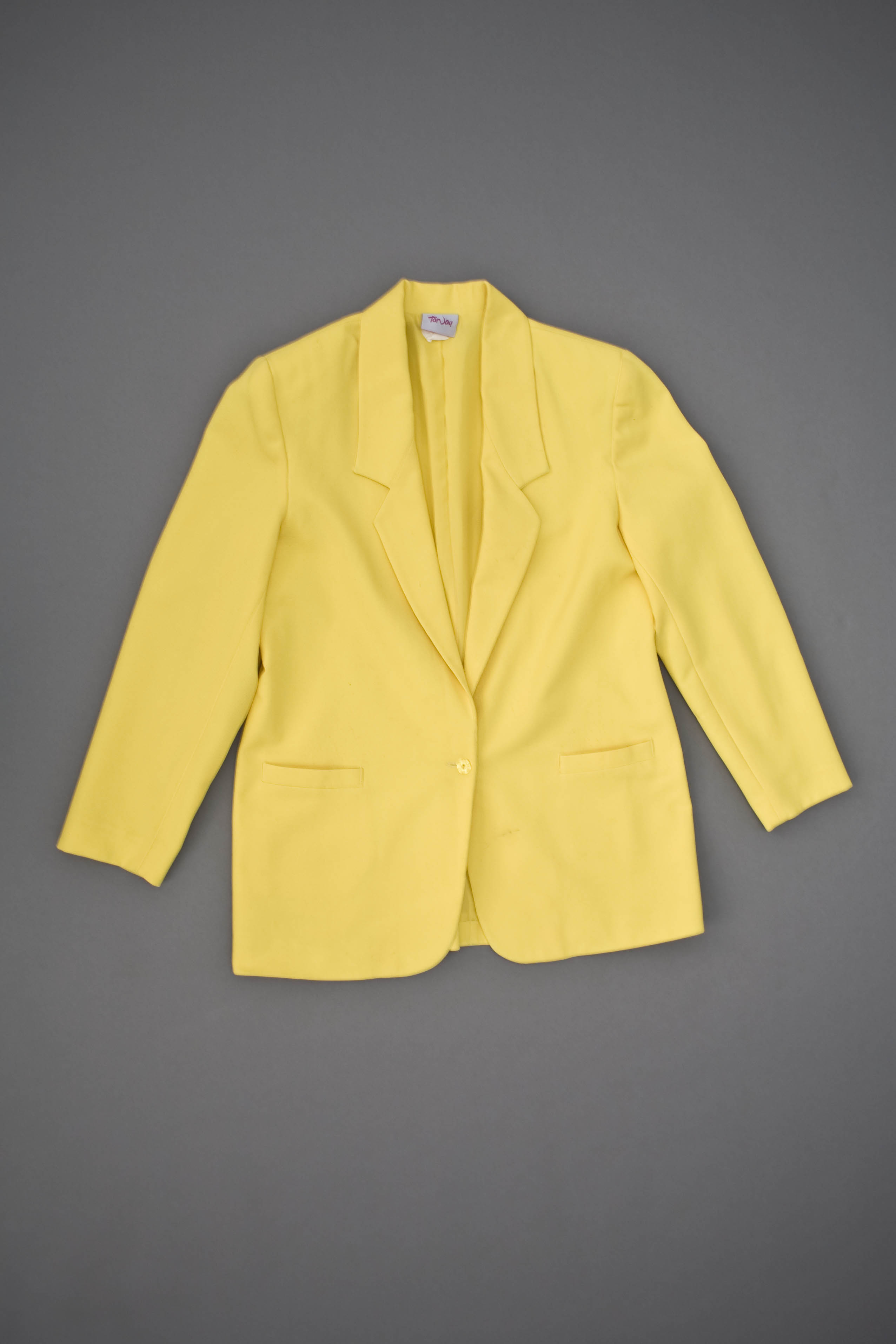 There he was looking smashing in a red wool jacket, a sharp contrast to his dark black hair. "You look so handsome in that jacket? Where did you get it?" I asked. "I got it at the Goodwill Store." "Where will you be wearing it?" I said, baffled but so proud of my son's independence. "Oh, it's for my interpretation of Elton John on the piano. That's not all. I also got a bright canary yellow one!"...At John-Micheal's last competition, the emcee noted that we would hear of this young man in the music world in the near future...The red jacket, he wears it into eternity. He never had the chance to wear the yellow one.

John-Micheal Martin's garment is incorporated into the Yellow Baby Pajama.
< previous next >