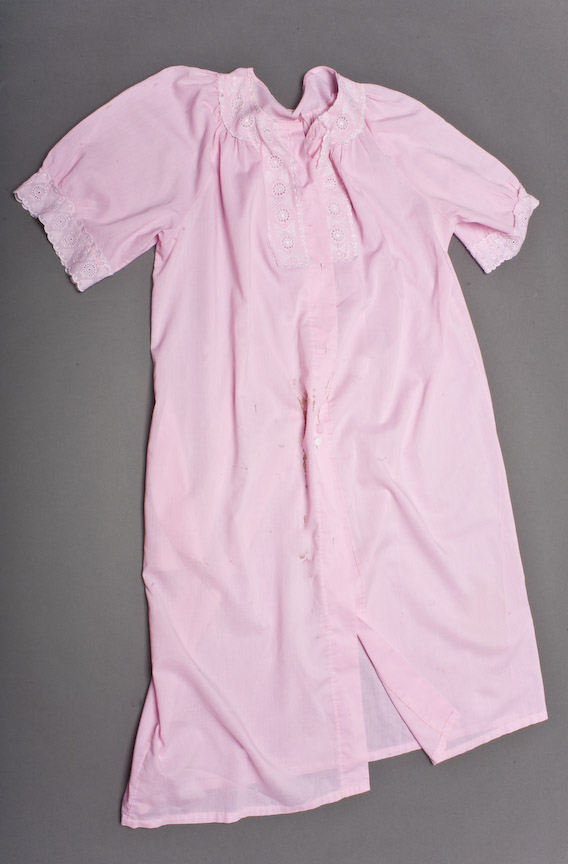 Hilda's death came peacefully and the division of her belongings was seriously considered among her family, with the belief that her spirit lives on in these things. Aina-Nia, one of her granddaughters, received her pink housedress…This dress, while loved by Hilda, has probably been even more cherished and loved by her granddaughter. Aina-Nia wore this housedress whenever she was sad, saying as she put it on, "Cover me, Hilda. Cover me."...She was comforted by the feeling of the fabric against her skin and the silent knowing that her grandmother's arms wrapped around her. Her grandmother walks with her through every sadness.

Hilda Smith's garment is incorporated into the Pink Dress.
< previous next >