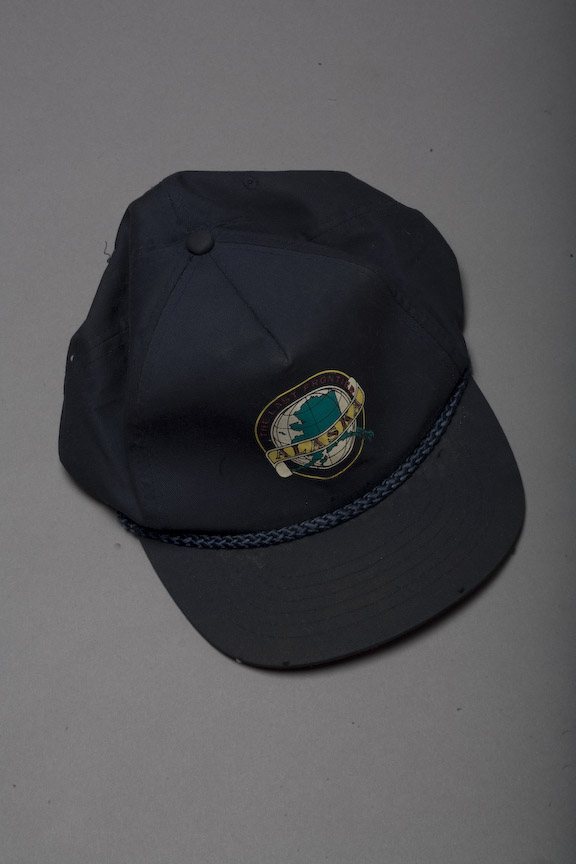 My father's death leaves a large empty place...He was always there. Now he is not. It is a hard adjustment…He told us the afternoon of his death that he was leaving us soon…The hat was one he wore the last few years of his life. He wore it when we worked together on the last project - a large shelving unit for the storage of my framed work. He wore it on the last outing we took to the Peace Gardens on the border between the USA and Manitoba. He wore it whenever he went out in the sun.

Dr. Harry Wilcke III's garment is incorporated into the Red Dress.
< previous next >