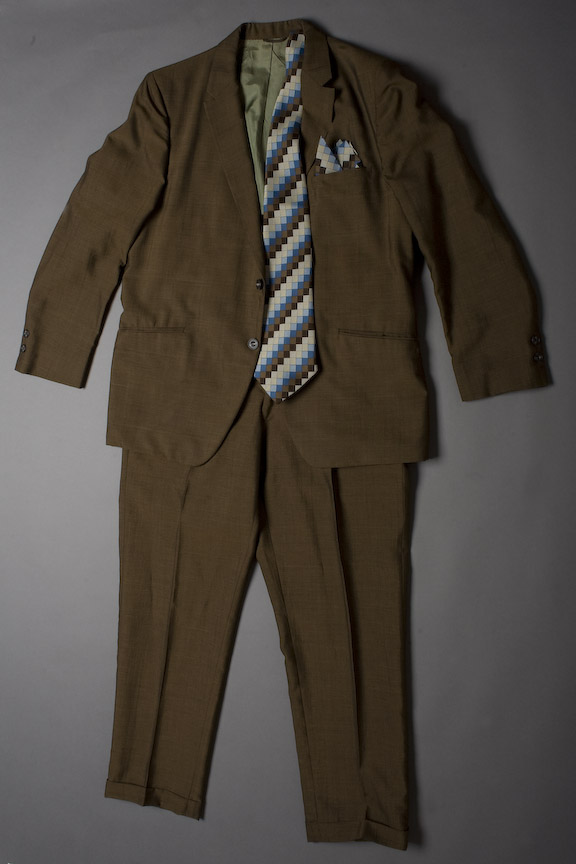 My Great Uncle Bencion's three-piece brown suit represents an era, where gentlemen walked down the street, respected members of society, wearing suit and hat and speaking polite conversation to one another…He wrote books at the age of 93...He delighted himself in using ink that was not just regular blue, but azure like the sea in Italy. As he explained, his name looked more dignified signed in azure...His suit was his persona. It was the bridge from his rich, but lonely, inner world which connected him to others...His death is the death of the three-piece suit worn daily, even to the corner store.

Bencion Kampos's garment is incorporated into the Pants.
< previous next >